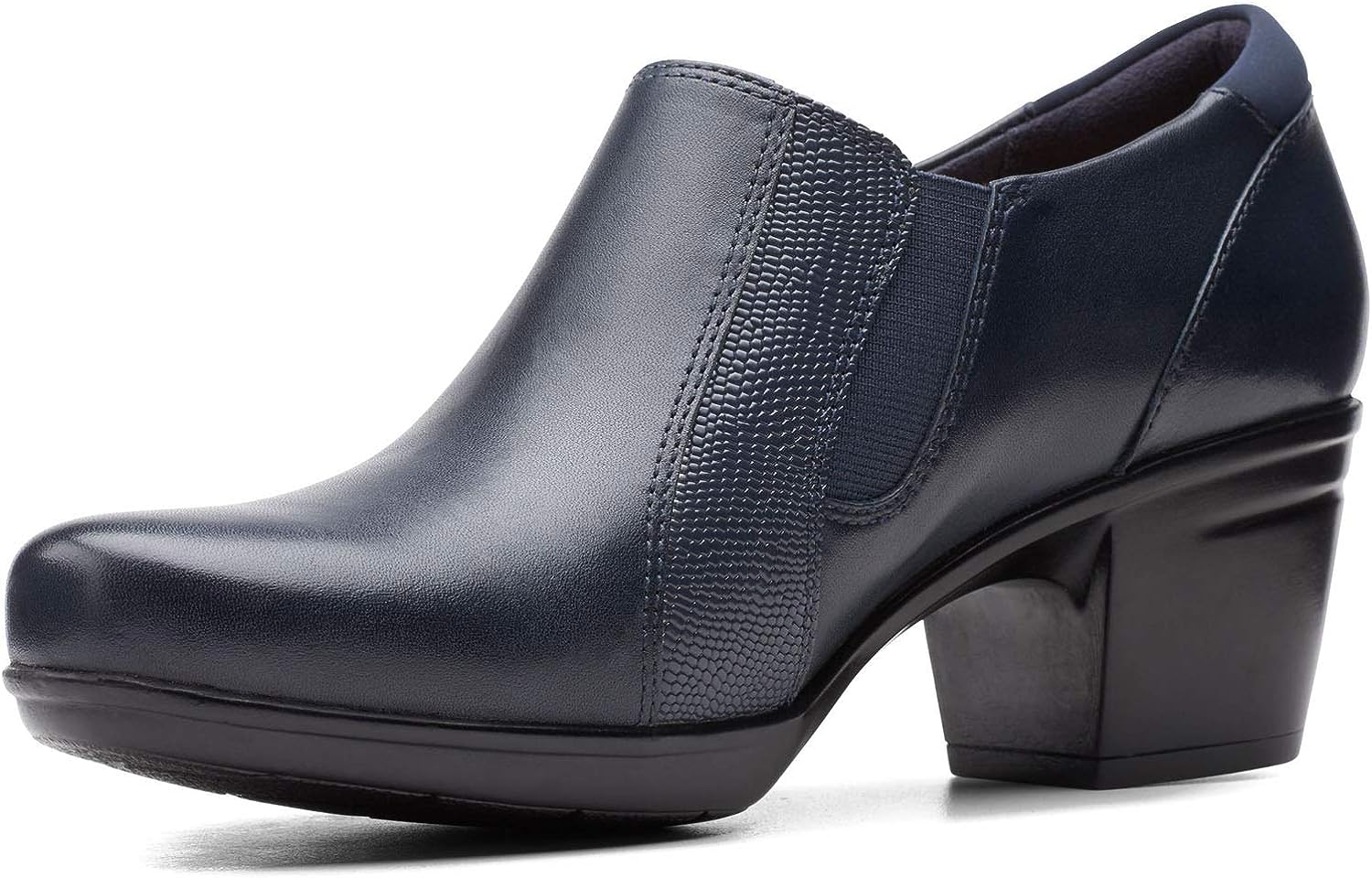 The Emslie Chelsea brings supreme comfort to a classic loafer pump silhouette. Made from premium leather, this women’s slip-on adds flattering height while keeping the foot at a comfortable angle. The outsole is made from flexible TPR bringing grip and durability to this heeled style, while the inside holds an Ortholite footbed with Cushion Soft technology to keep feet comfortable for all day wear. Pair with skirts and dresses, or wear with jeans for a timeless look.

We appreciate your input!

Please give an overall site rating: